A LONG AND WIDE ADVENTURE

The story of Kometos has taken the company from Kauhajoki to Siberia, from Africa to Alaska and from problems to insights.

Kometos’ CEO Raimo Niemi has pondered a lot about the width of life. “One day, I’d like to look back on having lived not only the length of life”, he says.  The Niemi couple has applied the same principle to their business. According to them, Kometos is an adventurous company. It is a company that dares to experiment, learn from its mistakes, succeed and grow.

The adventure, with its ups and downs, has already lasted a quarter of a century. Raimo Niemi established Kometos in 1991, i.e., in the middle of the worst economic crisis Finland has ever experienced. The Niemis were not left untouched by the turmoil, but they followed their philosophy and decided to learn from their mistakes.  “Mirrors are not only for shaving. Blaming others only keeps you wallowing in your problems”, Raimo Niemi says in his vivid and humorous tone. 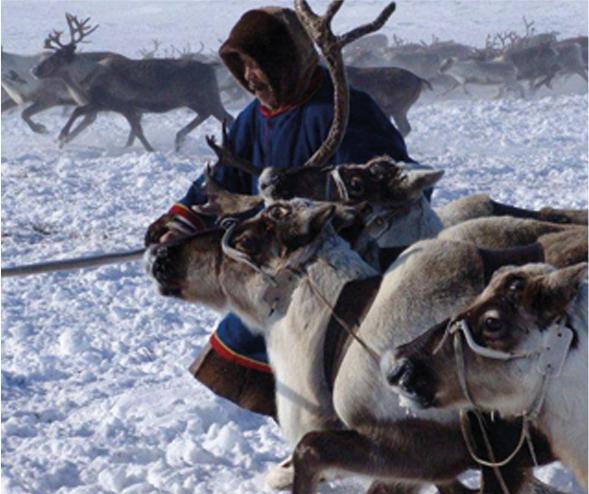 THE KEYSTONE OF THE STORY

The idea of a modular food plant was born at the turn of the 90´s, when field slaughtering was banned in Finland. The winter that year was mild, and reindeer carcasses were rotting in the field slaughterhouses. Kometos developed a mobile unit in which slaughtering, meat processing and transportation could be carried out within the same walls, on wheels. The reindeer grazing associations were excited about the idea, but the state threw spanners in the works by supporting fixed plants significantly more than mobile ones. Niemi had to come up with a solution, and started to think of the slice houses he had seen in his home town Kauhajoki. “Why couldn’t one use the same module concept to make food plants?” Niemi recalls his moment of genius.

Niemi had already earlier familiarized himself with the German sandwich element and had developed it further for the purposes of Finnish transport logistics. The ST element developed with consideration of the requirements of the food industry is still in use. This process resulted in the first market-leading product of Kometos, the modular food plant. Niemi made his first significant reindeer slaughterhouse deal with a Russian purchaser in 1992. Today, the product range of the company includes 45 different products based on the modular concept.

The element used by Kometos is completely non-condensing – in Siberia as well as in Africa. Moisture is the worst enemy of the food industry, and tackling that very problem has made Kometos number one in its industry. Speed is another competitive edge. Laughing, Raimo Niemi presents an unofficial world record set by the company. “We installed a pig & cattle slaughterhouse in Kazakhstan. I went there with two mechanics, we did our job and on the second day the plant was up and running. On the third day I made sausage there”, he recollects.

A WORLD FULL OF QUESTIONS AND ANSWERS

Kometos resolves existing problems regardless of whether they concern the industry in general, or a certain customer in particular. The other main product of the company, the defrosting system, was inspired by frozen Christmas hams. Niemi knew a person who worked in a meat factory and was looking for a solution to the problem of salty liquid escaping the hams already in the store in which the products were bought. The solution was offered by nature: the sun in itself does not melt snow, but sunshine and wind together remove the traces of winter in an instant. The controlled use of these elements saves several percent of the meat’s weight and guarantees its quality. “One must live eyes and ears wide open”, Niemi cites his adopted motto. Innovations do not arise in offices; ideas come to you while moving around in the world and wondering about it.

Sometimes one does not have to go far for an idea – they can come to you also literally. A Norwegian oil company contacted Kometos, as car wash buildings in Oslo were rotting and new construction permits were denied. The only solution that remained was to cover the existing brick walls with elements provided by Kometos. Niemi realized the niche and started extensive testing. “In total, I and a few friends had our cars washed 300 times in various parts of Finland. The metal started to show some signs of wear”, he adds, smiling.

Each scratch was worth its value, however. Niemi found a suitable supplier for the brushes and machines, and Neviso, a company partly owned by him, programmed the necessary systems. From the start, the objective was a 24/7 self-service wash station. The concept proved such a success that competitors wanted to copy it. That was easier said than done. “One of the copycats actually called and asked me how we had arranged ventilation and heating. I provided advice, of course, and told that the missing machine can be purchased from us.” Niemi sent the man an offer, though without discounts. The deal was never completed.

THE WHOLE WORLD IN KAUHAJOKI

Even when remembering the past, Niemi has his eyes on the future. He wants to maintain his childlike curiosity, fool around, try things out and overcome challenges. This attitude is possible because it is shared by the whole personnel. “I am very satisfied with everyone working here. It is crucial that all employees feel involved. Kometos is a family business, and each team member counts as a family member. This is a shared endeavor.”

The aim to be a market leader and pioneer in everything the company does is included in Kometos’ vision. This aim is backed up by continuous personnel training, another aspect pointed out in the vision. The third cornerstone of the company has been formulated as follows: “We resolve our customers’ foodstuff-related process problems on an international level.” Instead of a simple export company, Kometos has always aimed to be an international company with partners. “When we face a problem we need to solve, the whole world is open for us”, the Kauhajoki-born CEO points out.

As can be inferred from the vision, Kometos has a huge urge to grow. The next goal is to have a turnover of over 15 million euros.  “We are proud of being the best in the world.”

Money is an important motivator, but it also offers the possibility to help others. Niemi especially cherishes the story of how Kometos was able to contribute to the development of the livelihood of the indigenous Nenets people in Russia. When Niemi visited Nenetsia for the first time in 1995, a whole slaughtered reindeer cost one dollar.

Together with the Sámi education institute, the Russian reindeer herding unions, the reindeer herders and the regional administrations, the company trained hundreds of veterinarians and other people working with reindeer to handle meat at a Nordic level of hygiene. The training goes on. “Now the Nenets people and all the northern regions of Russia receive 6.5 euros per kilogram for reindeer, and Kometos is the reason behind that. Their standard of living has improved a lot, and we are proud of the help we provided.”